Creating the link between technology and the ecosystem

Implemented in France, the E-NA project stands for Nomadic and Autonomous Living Space. This highly ambitious project aims to give access to energy to people who lack it anywhere in the world. E-NA can be commercialised via non-governmental organisations, for military use or various construction works. 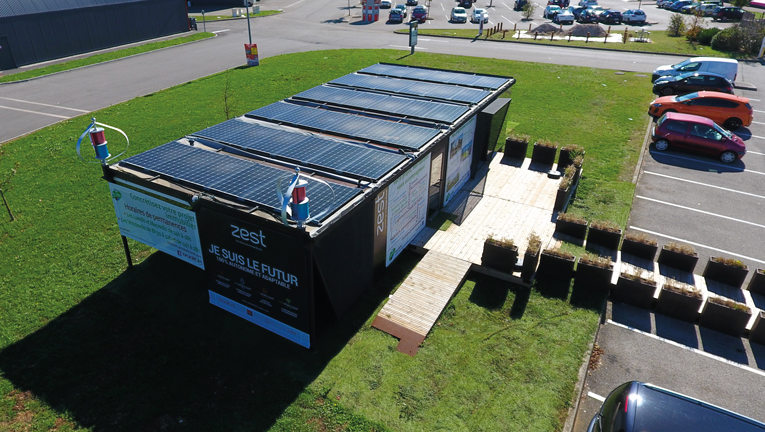 Groupe Brunet needed a reliable partner for this ambitious project. “We chose Mastervolt because of the quality of its products, the functionalities that can be integrated in its systems and its ability to supply all the elements required by the installation,” explained Matthieu Delastre, R&D manager. He added that he was very happy with the support given by the Mastervolt France team.

An autonomous modern energy system deserves the best battery technology available today: Lithium Ion by Mastervolt. These batteries offer three times the lifespan of traditional batteries and are charged extremely fast without wasting energy. In addition, Mastervolt uses only the safest Lithium Ion technology available, lithium-iron phosphate (LiFePO4). This is a must in rugged environments.

The Mass Combi Ultra series comprises several models ranging from 3000 W to 3500 W. For higher capacities up to 35 kW the Combi Ultra can be used in parallel or 3-phase configurations. An efficient and integrated solar charge regulator helps make the most of the installed solar panels. The inverter part of the Combi supplies 7 kW for the connected AC consumers.

The products in this system communicate with each other via MasterBus. This platform ensures that all components speak the same language, and can be monitored via the EasyView 5 touchscreen.

MasterBus integrated battery monitor; in this case used for measuring the current and voltage of the solar charge regulators. This information can be read out on the EasyView 5 touchscreen.

This distribution model connects up to four DC devices, such as a battery charger, inverter, alternators and solar panels, to the DC groups.

The MasterBus USB Interface enables you to read and configure the MasterBus network via your PC.

Compared to most solar charge regulators on the market, the MPPT offers up to 30% more yield from solar panels, which adds extra value to the system setup of the E-NA project.